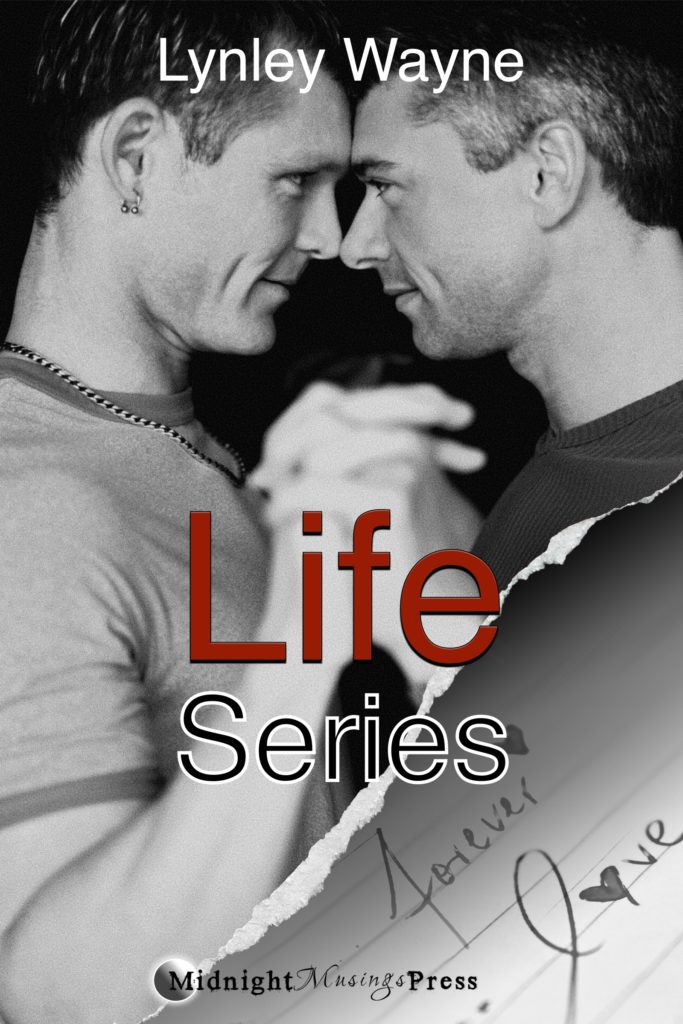 A Life Interrupted:
When tragedy strikes, will Dan and Travis be able to find their way back from a life interrupted?

A chance meeting in a college bar brought them together. They were the unlikeliest of pairs: the geek and the jock. For the past twenty-two years, Dan has lived his own version of happily-ever-after, with Travis by his side. Then tragedy strikes, threatening the life they’ve built. Will their love be strong enough to survive a life interrupted?

While Travis fights for his life, Dan can’t help but lose himself in the past. In all those little moments that made up their life, things he took for granted at the time. Those very same events may end up being all he has left of the man who is his entire world.

A Life Reclaimed:
With no memory of his past, will Travis choose to build a new life or reclaim the life he lost?

After brain surgery, Travis Richards struggles to navigate a stranger’s life. Desperate to escape expectations he can’t meet and overwhelming feelings of failure, Travis flees to the Big Easy. New Orleans promises a fresh start. Somewhere without memories, without the disappointment he sees in the eyes of his husband, Dan.

Months later, when the man he barely remembers is injured, Travis realizes he left behind more than failed expectations. He left a life, a family, a husband who still loves him despite everything. A man he doesn’t want to fail a second time.

Leaving his new life to reclaim an old love might be the hardest thing he’s ever done.

We use cookies on our website to give you the most relevant experience by remembering your preferences and repeat visits. By clicking “Accept All”, you consent to the use of ALL the cookies. However, you may visit "Cookie Settings" to provide a controlled consent.
Cookie SettingsAccept All
Manage consent

This website uses cookies to improve your experience while you navigate through the website. Out of these, the cookies that are categorized as necessary are stored on your browser as they are essential for the working of basic functionalities of the website. We also use third-party cookies that help us analyze and understand how you use this website. These cookies will be stored in your browser only with your consent. You also have the option to opt-out of these cookies. But opting out of some of these cookies may affect your browsing experience.
Necessary Always Enabled
Necessary cookies are absolutely essential for the website to function properly. These cookies ensure basic functionalities and security features of the website, anonymously.
Functional
Functional cookies help to perform certain functionalities like sharing the content of the website on social media platforms, collect feedbacks, and other third-party features.
Performance
Performance cookies are used to understand and analyze the key performance indexes of the website which helps in delivering a better user experience for the visitors.
Analytics
Analytical cookies are used to understand how visitors interact with the website. These cookies help provide information on metrics the number of visitors, bounce rate, traffic source, etc.
Advertisement
Advertisement cookies are used to provide visitors with relevant ads and marketing campaigns. These cookies track visitors across websites and collect information to provide customized ads.
Others
Other uncategorized cookies are those that are being analyzed and have not been classified into a category as yet.
SAVE & ACCEPT